The Center for the Study of Law and Religion at Emory University promotes and produces innovative research and scholarship, exemplary teaching and training, robust public engagement, and generous support of individual faculty initiatives at the intersection of law and religion. CSLR's work is three-dimensional, focused on religious perspectives, legal perspectives, and interdisciplinary methods.

Thank you for your interest in our work. 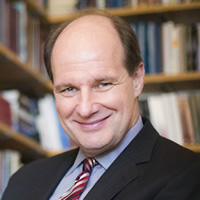 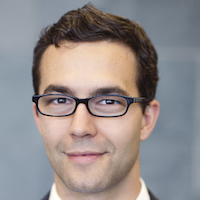 Emory University founded its program in law and religion in 1982 as part of a larger goal of building a fully interdisciplinary university. The program’s mission was to increase understanding of the fundamental role of religion in shaping law, politics, and society. At the time, no other major U.S. law school devoted serious scholarship or teaching to the field of law and religion. In fact, Emory’s vision of studying religion alongside law and other professional disciplines met with suspicion, even hostility, in some quarters.

From its modest beginning, however, the program has grown into the Center for the Study of Law and Religion (CSLR), offering six degree programs, a score of cross-listed courses, several multiyear research projects, student and visiting fellowships, more than 350 books and symposia, and regular international conferences and lectures.

The founders of the program, then-president James T. Laney and Emory law professor Frank S. Alexander, believed in the vital need for focused scholarship and teaching in this new field. Here, students and scholars could probe the tension between church and state, religion and politics. Here they could come to understand the nuances of Jewish, Christian, and Islamic laws and their place in modern nations. Here they could explore the religious foundations and dimensions of law, politics, and society. Seeking to prove the legitimacy of the interdisciplinary study of law and religion, the program’s faculty set out to show that it would enhance understanding of law without diluting rigorous legal study, and would widen the horizons of religious education without propagating a particular faith or ideological agenda.

In 1985, President Laney persuaded Harvard Law School professor Harold J. Berman (1918–2007) to join Emory as the first Robert W. Woodruff Professor of Law. Regarded around the world as the father of the modern study of law and religion, Berman brought instant stature to Emory’s program. He also brought John Witte Jr., a recent Harvard Law graduate and research assistant, who was soon tapped to be the new director of the Law and Religion Program and later succeeded Berman as Robert W. Woodruff Professor of Law.

Under Witte’s direction since 1987, the program grew from a joint-degree curriculum into a full-fledged academic center sponsoring interdisciplinary research, international conferences, and new scholarly publications. The Center gained international prominence with its 1991 conference, “Christianity and Democracy,” bringing together 800 participants from five continents and offering keynote addresses by former President Jimmy Carter and Anglican Archbishop Desmond Tutu. More conferences of comparable ambition  followed on themes of religious freedom; proselytism; children's rights; sex, marriage, and family life; Islamic family law; and more, each event yielding several new books. By 2000, the Pew Charitable Trusts solidified the program’s status with a $3.2 million “Center of Excellence” grant with a matching $10 million endowment from Emory University. The program, known at the time as the Center for the Interdisciplinary Study of Religion, was renamed the Center for the Study of Law and Religion and became the academic home to dozens of faculty fellows, thousands of students, and a strong team of professional staff.

Since then, the Center has continued to focus on its signature themes of law and Judaism, Christianity, and Islam; law, religion, and human rights; and law, religion, and jurisprudence. In recent years, the Center also has expanded its reach to begin exploring the relationship of law to Hinduism, Buddhism, and other religions; the role of law and religion in social justice; and the interaction of law, religion and health. In addition to generous University support for operations, the Center has attracted $25 million in grant funding.