Christianity has had a long and complex relationship to law. Christian communities maintain well-established bodies of canon law and church government that govern the polity, property, doctrine, and liturgy of the church as well as the spiritual and moral lives of clergy and laity. For many centuries, Christian teachings shaped Western state law and legal theory, church-state relations, and many areas of social, economic, and political life.

The Law and Christianity focus area investigates the interaction of law and Christianity, historically and today, in the West and increasingly around the world. It promotes cutting-edge work on Catholic, Protestant, and Orthodox Christian contributions to public, private, penal, and procedural law and legal theory. With more than 30 years of work in this area, the Center's publications on law and Christianity include scores of leading individual book titles and journal symposia, as well as a major new Cambridge Studies in Law and Christianity book series.

The Center has hosted major international conferences on such diverse topics as "Christianity and Democracy in Global Context," "Christianity and Human Rights," "The Problem and Promise of Proselytism," "Christian Jurisprudence," and others. Our McDonald Distinguished Christian Scholars Lecture Series brings in distinguished figures from Jimmy Carter and Desmond Tutu to Mary Ann Glendon and Wolfgang Huber. 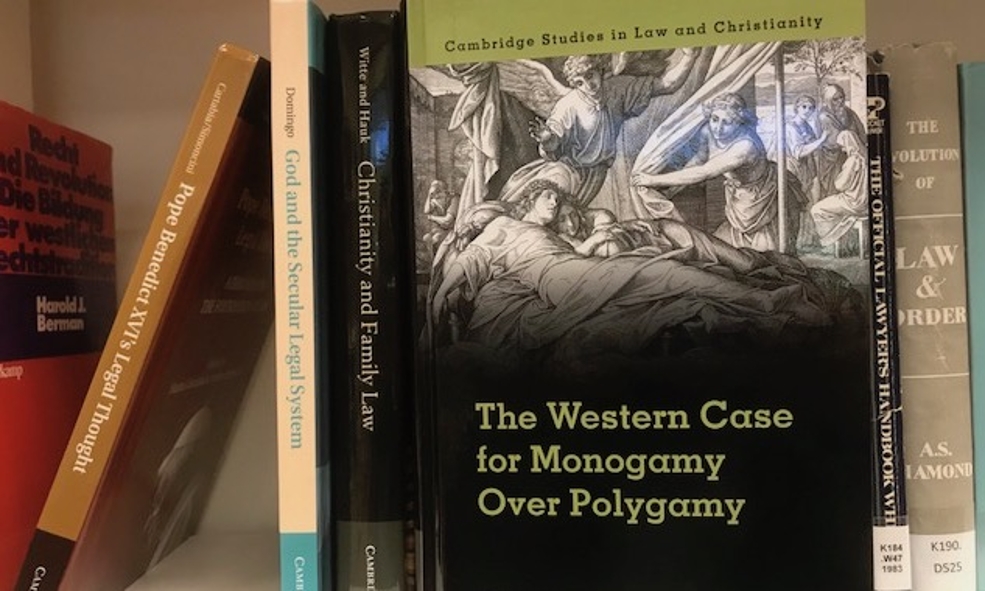 Edited by John Witte, Jr., the Cambridge Studies in Law and Christianity series publishes cutting-edge work on Catholic, Protestant, and Orthodox Christian contributions to public, private, penal, and procedural law and legal theory. The series has more than 15 titles in print or under contract as well as two anthologies in the works: Introductions to Law and Christianity and Great Jurists in World History. 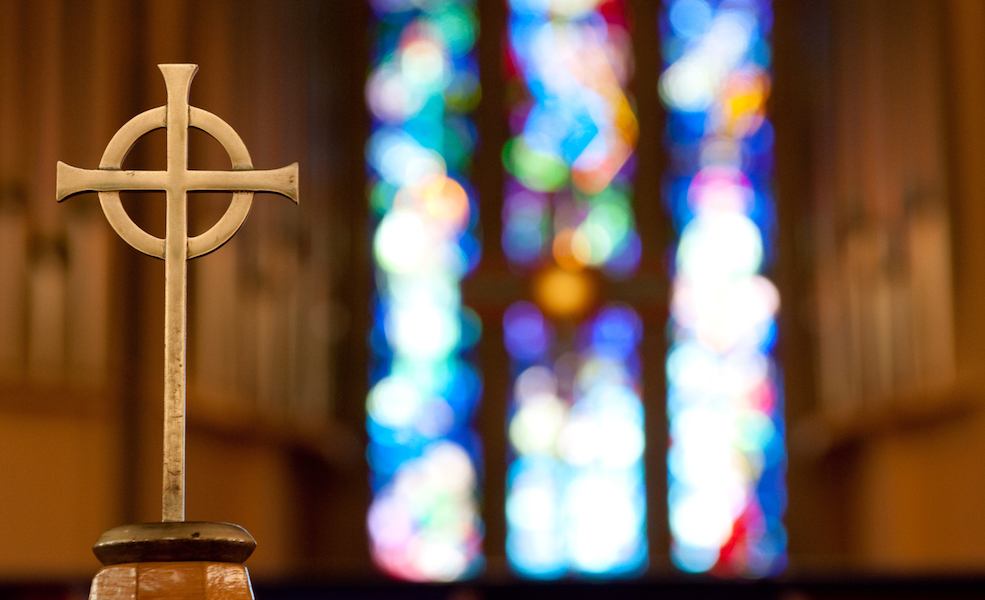 This project has produced more than 40 publications and two major international conferences. Projects completed as part of Christian Legal Studies include Christianity and Democracy in Global Context; Christian Foundations of Religious Liberties and Rule of Law; the Integrative Jurisprudence of Harold J. Berman; Law, Religion and the Protestant Tradition; Christian Jurisprudence I; and the Western Legal Tradition. 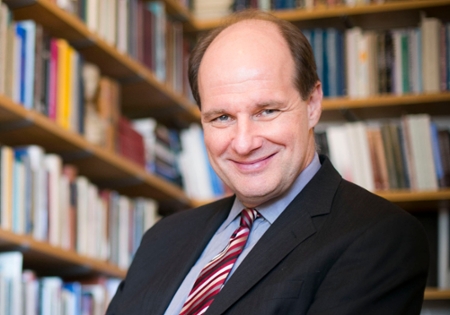 John Witte, Jr. has released a publishing report on his Cambridge Studies in Law and Christianity Series, which aims to promote deep Christian reflection by leading scholars on the fundamentals of law and politics; to build further ecumenical legal understanding across Christian denominations; and to link and amplify the diverse and sometimes isolated Christian legal voices and visions at work in the global academy.
Read more 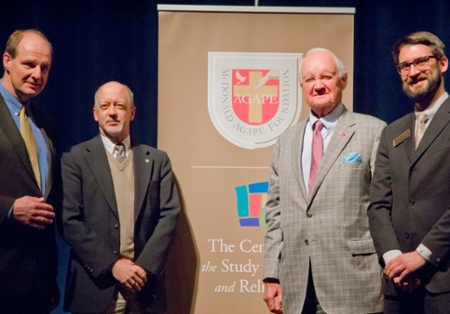 The McDonald Agape Foundation has committed $1 million to extend CSLR Director John Witte, Jr.'s McDonald Distinguished Professor of Law and Religion through 2028.  The gift will ensure the continuation of Witte's internationally renowned scholarship in law and Christianity as well as the 12-year relationship between Witte and the Foundation.
Read more 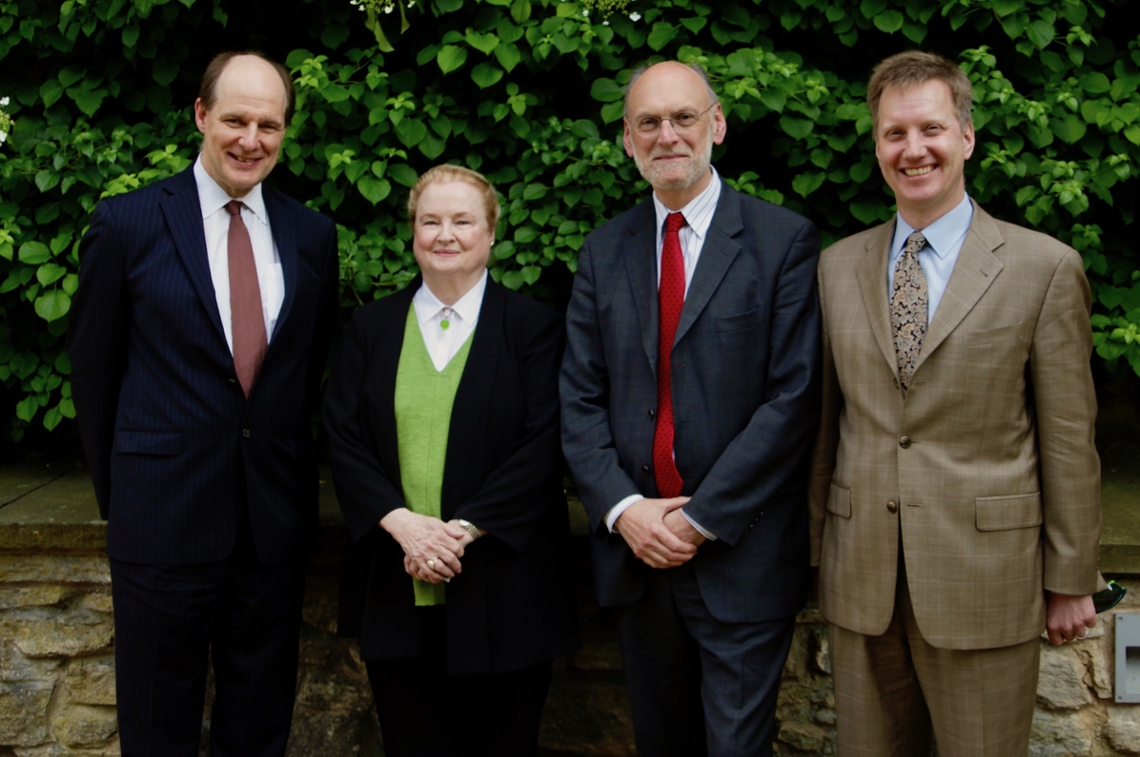 Witte and Hauk edit book on family law and Christianity

Domingo publishes book on God and the secular legal system

An assessment of the role of religious ideas and institutions in the formation and operation of American constitutionalism. Directed by Harold J. Berman and John Witte, Jr., this project yielded a public conference and private roundtable, as well as a journal symposium. This project was funded by the Georgia Bar Foundation.

An analysis of the contributions that Christianity had made and should make to the modern democratic revolution of the world. Directed by John Witte, Jr., this project yielded an international conference with 53 speakers and 800 registrants, and a new volume and a multi-lingual journal symposium. This project was funded by the Pew Charitable Trusts, Inc., with collaboration from the Center for Public Justice.

A systematic analysis of the historical contributions of mainline Protestantism to the development of the Western law of marriage, family, and children and of rights, liberties, and constitutionalism. Directed by John Witte, Jr., this project yielded 50 public lectures and nine new volumes. This project was funded by Lilly Endowment, Inc.

A comprehensive analysis of the contributions of modern Catholic, Protestant, and Orthodox figures to fundamental questions of law, politics, and society. Directed by John Witte, Jr. and Frank S. Alexander, this project yielded six roundtable conferences, five public lectures, and a major three-volume study. This project was funded by The Pew Charitable Trusts, Inc.

This project was a comprehensive study of the roles that Christianity, Judaism, and Islam have played and can play in forming and reforming theories, laws, and practices or sex, marriage, and family life. Directed by Don S. Browning and John Witte, Jr., led by 22 Center faculty, and drawing on more than 100 visiting scholars, the project yielded 19 major public forums, two international conferences, and 37 new volumes and journal symposia. This project was funded by The Pew Charitable Trusts, Inc., Lilly Endowment, Inc., and the Ford Foundation.

This project was designed to create original scholarship on Catholic, Protestant, and Orthodox contributions to law, politics, and society, historically and today. Directed by John Witte, Jr. and Frank S. Alexander, and drawing on 25 scholars, this project yielded five named lectures, one international conference, and 35 books. This project was funded by the McDonald Agape Foundation.
Copyright © Emory University School of Law - All Rights Reserved »